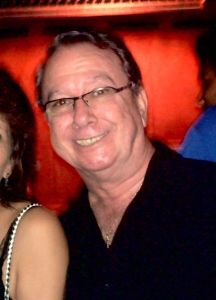 When Maurice Brash retired from Fatima College on June 6th, 2007, he had given more than 40 years of commitment as a pupil and teacher. Vice-Principal, Anne Gomes-Phillips described his departure as a “difficult and painful day” for all.

She highlighted his warmth, sense of humour, love of music and generally his utter professionalism. He made teaching fun and was considered to be Fatima’s premier foreign language teacher. It was indeed a pleasure working with Maurice. He was very intelligent and spoke with authority on a wide range of topics except cricket of course.

Maurice entered Fatima in 1960, studied languages in Form 6, eventually graduating in 1965. Like so many Fatima boys, he taught at his Alma Mater for one year before entering the UWI Campus at St. Augustine. He graduated in 1969 and began his long teaching career at Fatima. He was off to France in 1973 for a two year stint before returning to Fatima in 1975. He took charge of the choir and was a key member of the Mucurapo Schools Community Project. He also spent some time in Holland in TV Production and Direction. The French Government honoured him in 1989 for his contribution to the promotion of French language and culture.

Maurice was part of the highly successful Dominic Savio Choir founded by Father Timothy Corcoran in 1952. This choir emerged as Music Festival winners for many years. Its fortunes declined with the death of Fr. Corcoran. On his return from France, Maurice took charge of the choir now renamed Fatima College Choir. The Junior Choir sang in every Festival from 1977 and won in their class several times. The Senior Choir sang mainly at school and religious functions.

This great College celebrated its 50th Anniversary in 1995 and a highly motivated and re-energized Maurice organized an Anniversary Concert at Queen’s Hall that ranks as one of the best concerts I have ever attended. His standard of excellence shone in this production. He also recommended the reintroduction of the dress uniform, which is now worn on the first Monday of every month and on special occasions.

The Senior Choir was reformed in 2002, no longer merely ceremonial but now competitive. It re-entered Music Festival and quickly emerged as the Most Outstanding Secondary School Choir in 2004. Another of Fatima’s most dedicated teachers, Myrtle Cumberbatch, ably assisted Maurice in the choirs climb to success.

Upon his retirement, Maurice was extremely delighted with the continued excellence of the choir now under the direction of the very talented and charismatic Fatima past pupil, Kwasi Noel again supported by Ms. Cumberbatch. They have added a new staple to Fatima’s social calendar, an annual concert, entitled Gifts of Blue and Gold towards the end of November. Holy Name Convent is also part of this production.

Maurice’s contribution to life in Fatima has been immense, the success of the choir his main legacy. He was resident Master of Ceremonies at many functions, singer par excellence, impersonator and an excellent organizer. Three events come to mind – the French Day in 1989, our 50th Anniversary Concert in Queen’s Hall and a function to honour his long serving colleagues in 1995. Truly a Fatima gem!