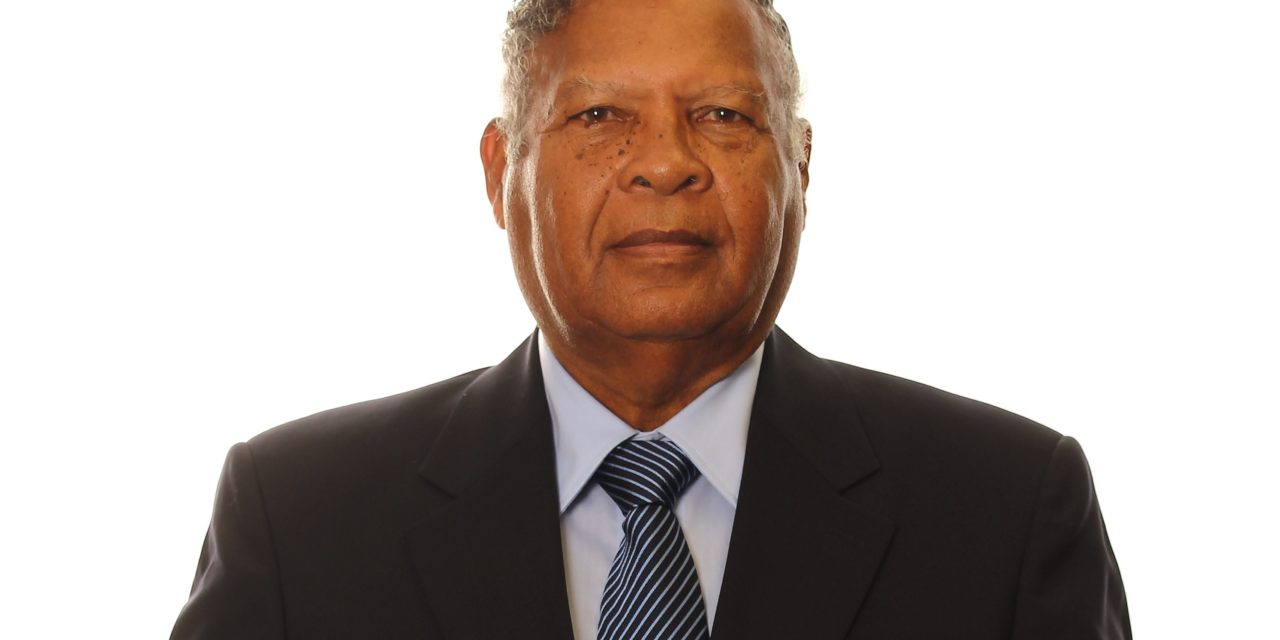 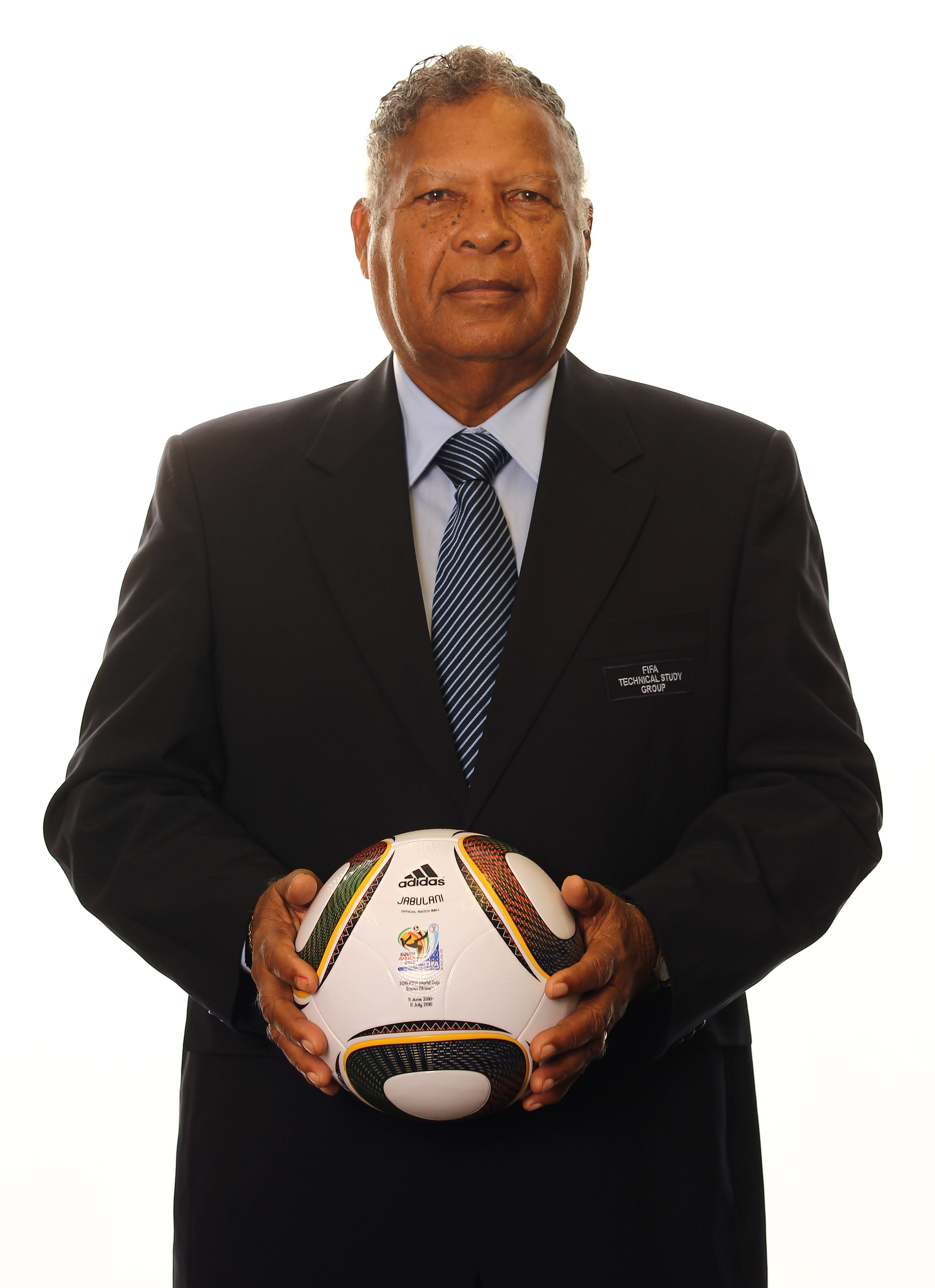 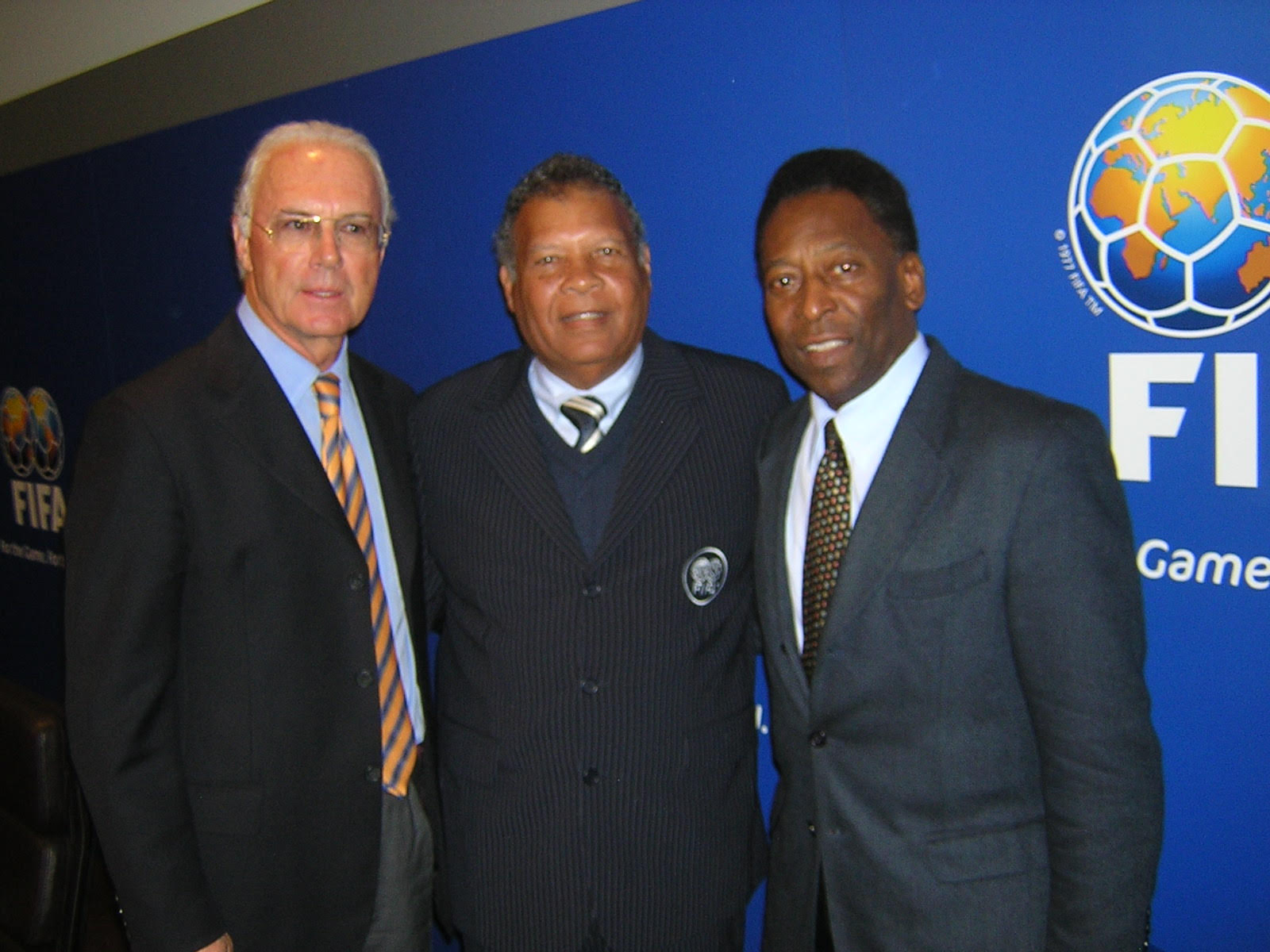 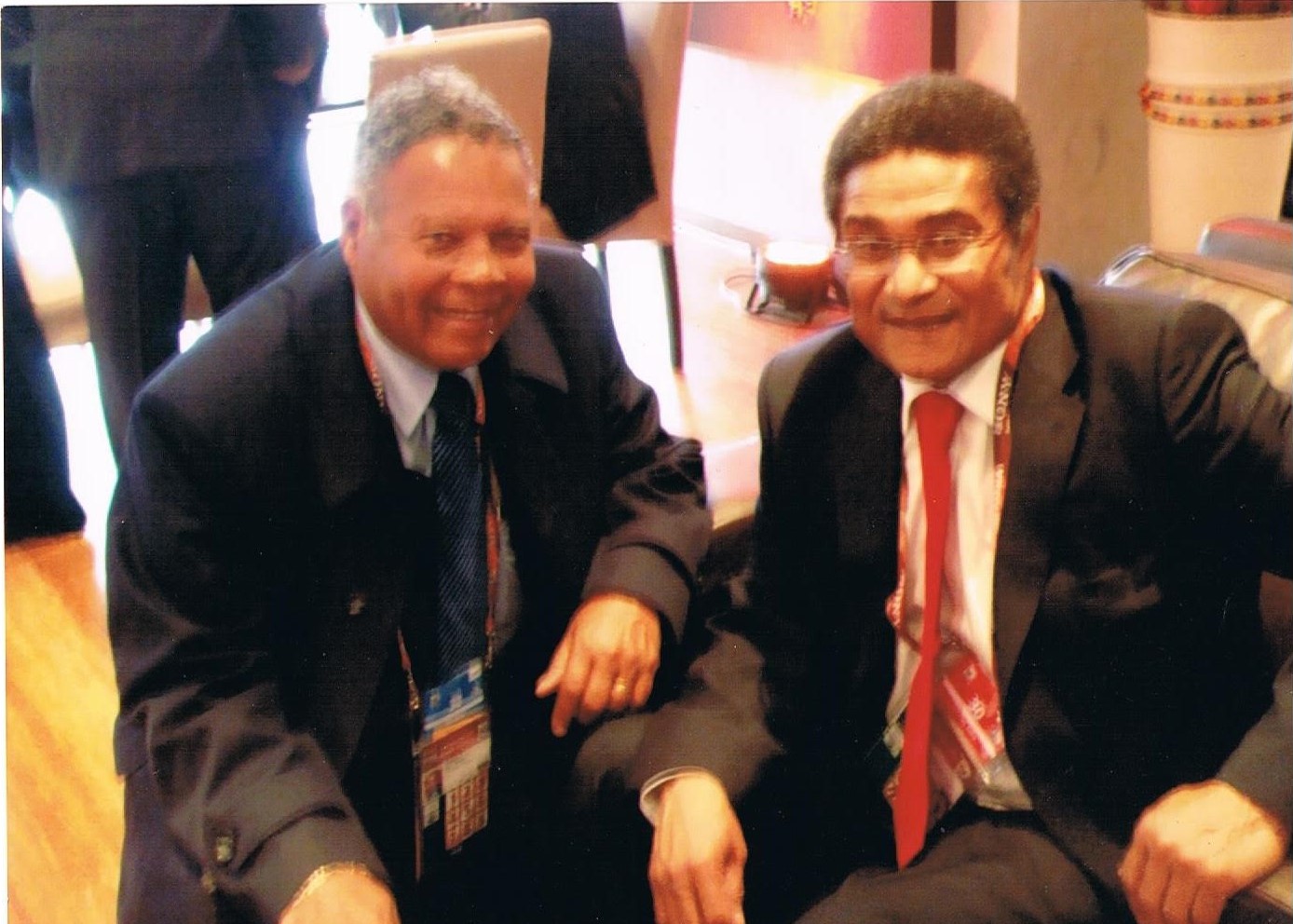 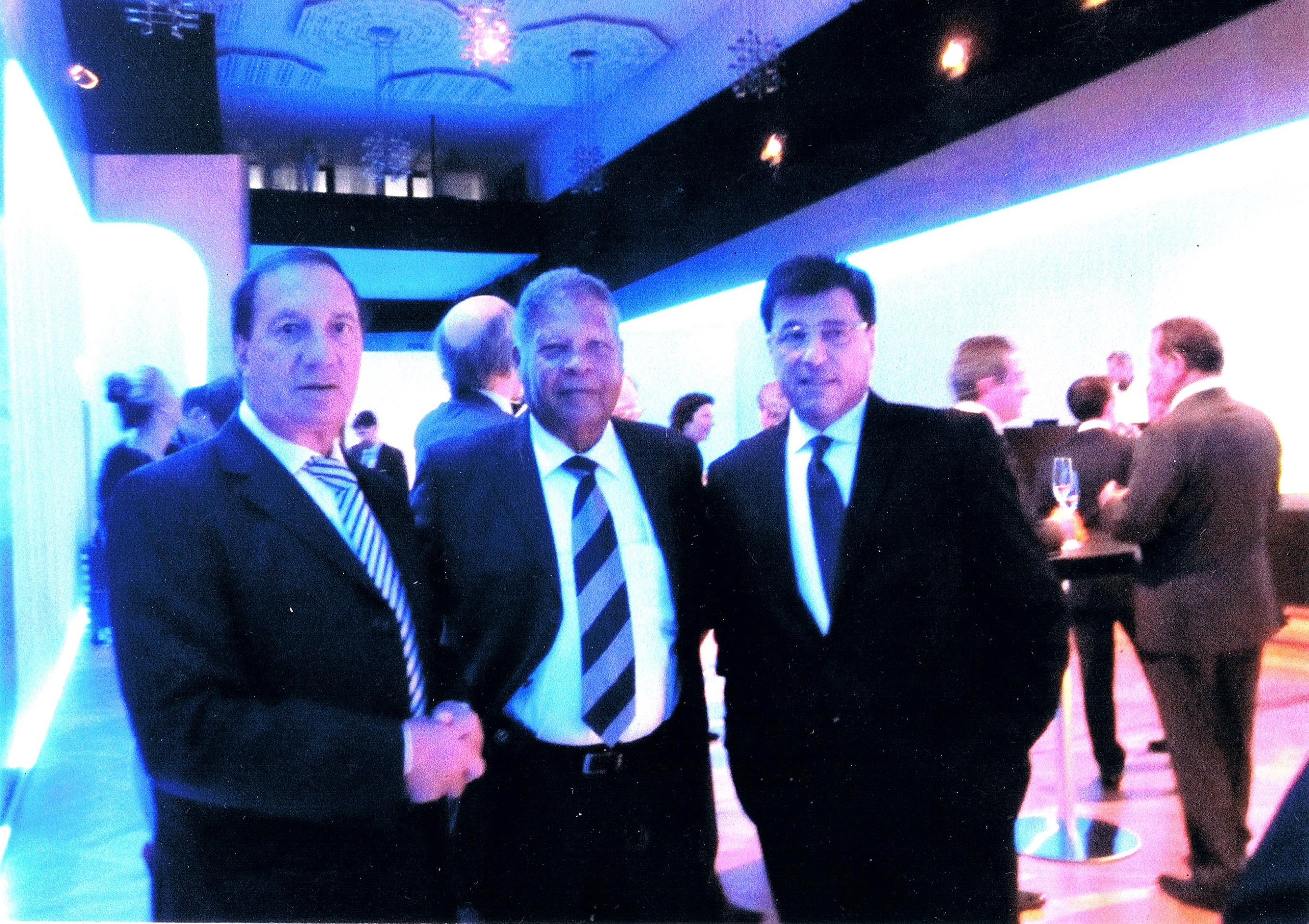 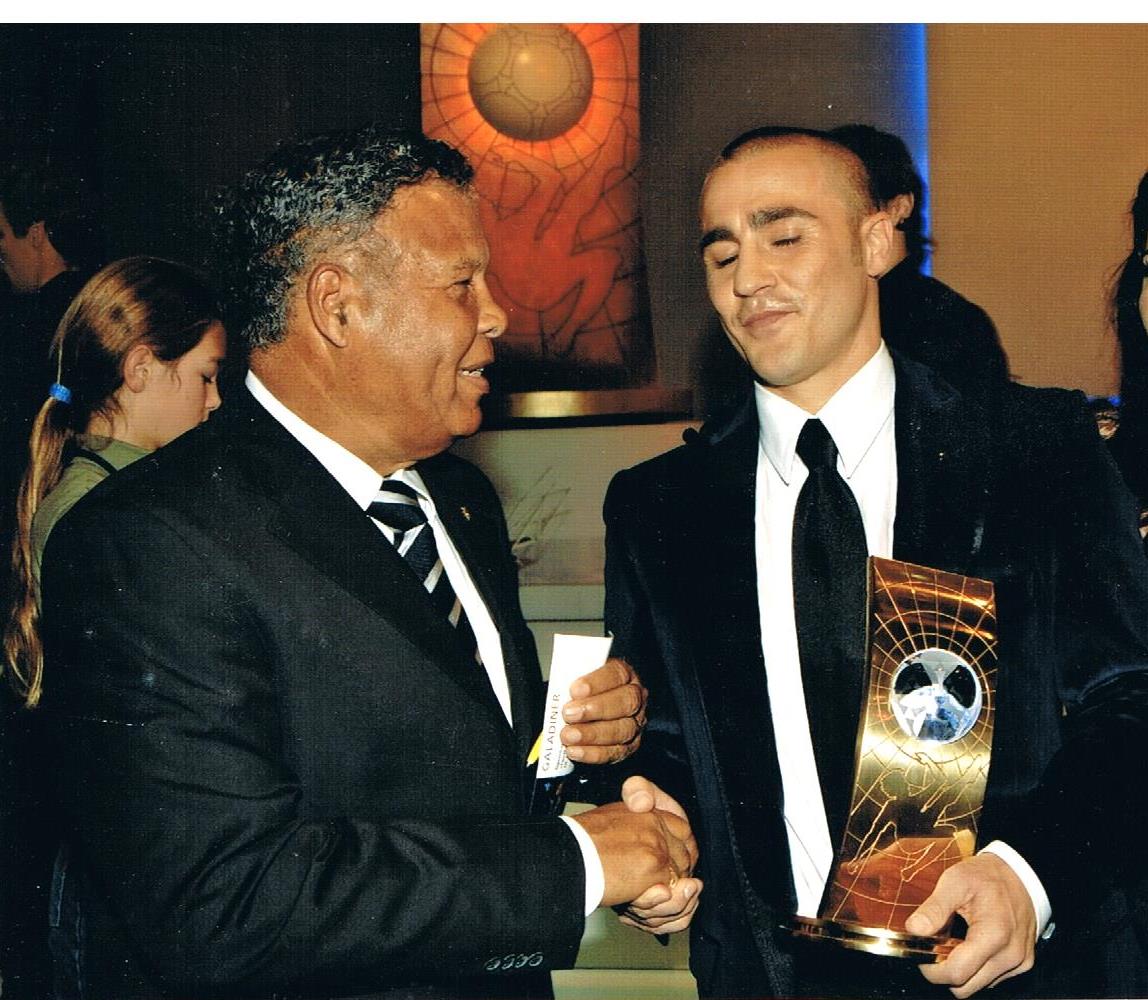 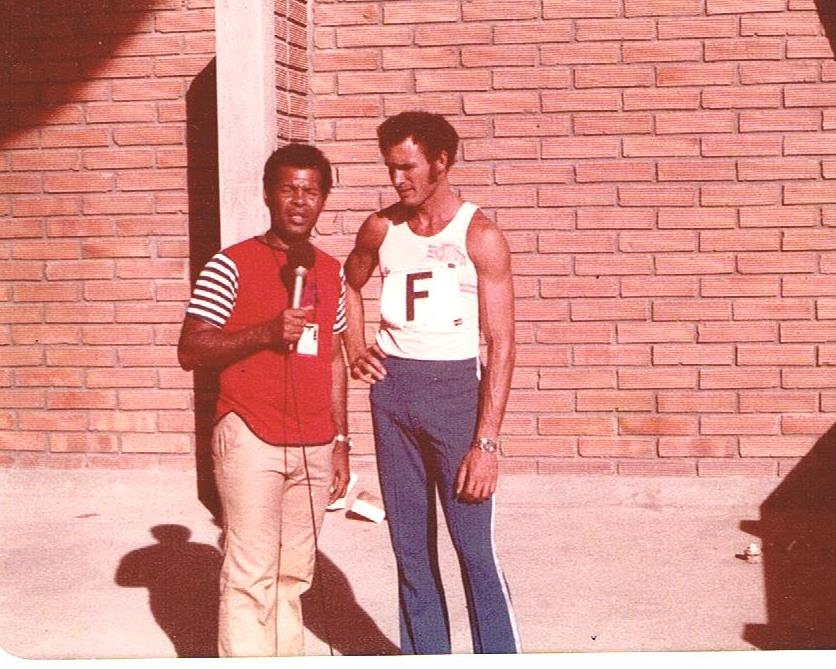 Alvin Corneal grew up in San Juan and had a knack for sport from an early age. His mother passed away when he was 8 years old and he was taken in and raised by his great aunt and uncle. His Great Uncle played a major role in supporting his sporting development and at the tender age of 10, he got a starting position with the Strollers Club from the area. This was his “baptism of fire” and he excelled at both cricket and football at the club.

When it came time for secondary school, he had a choice between St. Mary’s and Fatima. It was very important to the Family that the school was Catholic, however coming from a poor family, the cost of transport was a concern. St. Mary’s seemed the preferred option as Fatima was so far away from the capital. The matter was quickly resolved when Fatima gave him a bicycle, which eliminated the need to spend money on the trolley bus.

Alan was placed next to Joey Carew, another talented sportsman and from there a lifelong friendship was borne. Alan and Joey remained best friends until Joey’s death. They practised together a lot and because Joey lived close to Fatima, his home was like a base.

It was in 1952 that Fatima first took part in the popular Inter Col tournament. The game was against St. Mary’s College in front of the Grand Stand at the Queen’s Park Savannah, which was the home of football at that time. Fatima lost the game by two goals to nil but Alvin won the admiration of several big names in football, including Lance Murray who coached Fatima in his second year. Alvin soon became captain of the school’s football and cricket teams.

Alvin’s reputation grew rapidly and he gained tremendous support from his neighbours at San Juan “Hill”. Those were the days of village life when every child was protected and moulded by the adults. Hardly anyone was hungry as there was always an extra plate at every table.

Alvin spent six years at Fatima which were among the most enjoyable times of his life. He received an excellent all round education from very fine and caring teachers. He developed a close relationship with Fr. Ivan Fitzwilliam, Dean of Studies, Spanish teacher and former national footballer.

Another great teacher was Bernard Flynn, an Irish prefect who served Fatima for the last four years of Alvin’s school life. He also came under the tutelage of Clive Pantin, outstanding scholar and sportsman who took a special interest in Alvin and Joey.

Clive first played football for Trinidad as a replacement for Alvin when the Trinidad team was chosen to play against Jamaica in 1959. Alvin had the distinction of playing with his former teacher against Martinique at Skinner Park in San Fernando, a game in which both teacher and pupil scored. Clive was indeed a very happy man when both Alvin and Joey were selected to play against the Combined Island team in 1955. Alvin had the good fortune to face the first official ball bowled on the turf wicket at the Queen’s Park Oval. Alvin was just eighteen years old.

It was in 1955 that Alvin met the great Everton Weekes, one of the famous “W’s” from Barbados. He was on assignment to the Trinidad government and conducted coaching support with the school’s first division team once per week for about two months.

Alvin was also selected to travel to Bermuda with a team of National and International cricketers to play a series of matches. The team was put together by sports journalist Brunnel Jones and included Everton Weekes as captain, Gary Sobers, Collie Smith, Alf Valentine and Andy Ganteaume. Alvin’s cricketing career took off and he was a regular on the National tram of the sixties and early seventies. He was never selected to play for the West Indies to his utter disappointment.

West Indies reigned superior in the sixties with the likes of Sobers, Kanhai, Hall, Griffith, Gibbs, Nurse, Butcher, Joe Solomon and Hunte. With the decline of this great team, many felt that Alvin deserved a chance. Alvin had retired from international football in 1969 with the hope for gaining selection in the W.I. cricket team which was to tour England in June of that year. He was not selected. However, he got a contract to play in England with the International Cavaliers.

Alvin represented his country in cricket from 1955 to 1972. He played his greatest innings against Jamaica in 1970, the year when the national team defeated Jamaica to win the Shell Cup. Trinidad and Tobago made 354 with Joey scoring 164. Alvin batting at no. 4 made 36. Jamaica was bowled out for 241, Trinidad went for quick runs in the second innings and between lunch and tea. Joey and Alvin put on a partnership of 202. Joey was run out for 101 and Alvin remained not out with 103. Jamaica was then bowled out for 113 with Joey taking 5/28.

It was in football that Alvin rose through the ranks to become a great player, coach and Fifa official. Alvin played for Strollers, Fatima, Maple, Trinidad Petroleum Development, Trinidad and Tobago and the West Indies.

At the age of 21 he was chosen on the first ever West Indies football team to tour England. Twenty of the best Caribbean footballers came together for two weeks of team preparation in Trinidad before beginning a thirteen day journey to England. The team included Willie Rodriguez, the only man to represent West Indies at both football and cricket.

In 1967, Alvin was a member of the Trinidad and Tobago team which won Bronze at the Pan Am Games. He also played National football for St. Vincent, Guyana and Barbados.

Upon his retirement from international football, Alvin set his eyes on a coaching career and quickly attained the necessary qualifications. It was as early as age 20, that Alvin thought of becoming a coach when his playing days were over. He now sought to realize his dream. He got assignments to coach the national teams of Grenada, St. Vincent, Anguilla, St Kitts/Nevis and of course his homeland.

In 1980, Alvin topped the class of CONCACAF coaches and the FIFA Coaching Instructors Course held in Trinidad and was now eligible for an appointment as one of FIFA’s coaching instructors. In 1994, he became the first Caribbean person to attain the honour. More accolades came his way when in 2005, he was appointed to the Football Committee of FIFA, one of the most prestigious Committees. His most recent appointment was as Director of FIFA’S Grassroots Programmes in the CONCACAF region.

Alvin has been blessed with a fulfilling life centered around his Catholic faith, his family and sport. He got married to Avis on September 4, 1960, a union that produced one daughter Alicia and three boys, Allan, Arnold and Anton. His sons obviously attendedFatima College and represented the college in football. Anton has followed a similar path to his illustrious father.

Alvin was called to National Service when he was appointed to the Commission of Enquiry into Cricket led by Justice Evan Rees. This led to sweeping changes into the administration of cricket in the country.

Family has always been central to Alvin’s life. However, he did not confine his efforts only to his children. He founded the Alvin Corneal Coaching School (Alcons) and over a period of forty years has organized scholarships for hundreds of young men to study and play football in American Universities and Colleges.

Alvin Corneal was inducted into Fatima’s first Hall of Achievement in November 2015. What an outstanding son of the soil! 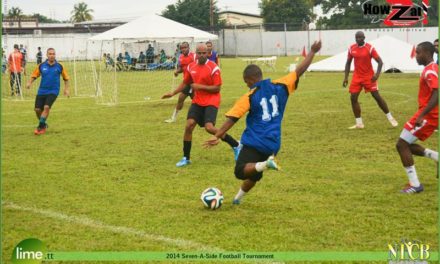 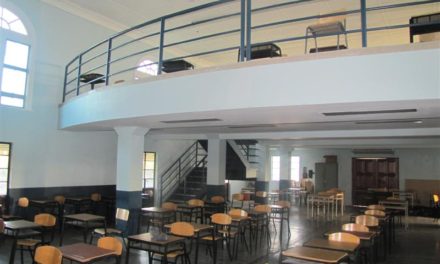 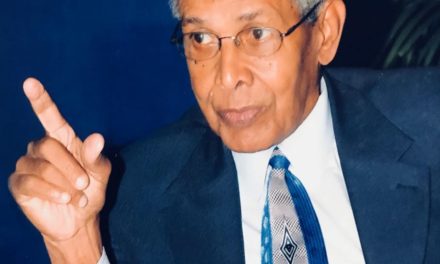 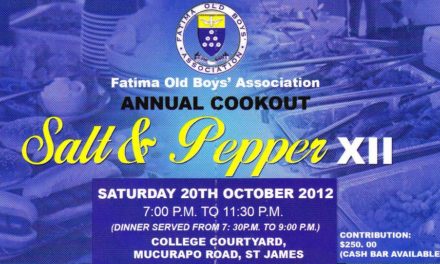